Brasov and its cultural heritage

Home Brasov and its cultural heritage

The coordinator of this project, UTBv, lays in Brasov, a major city placed in the center of Romania. Brasov has a rich history that goes back to the 13th century, when it was founded by the local population, together with some German colonists. Several major touristic objectives are located either in Brasov or in its near vicinity: the old town center, Bran Castle, Rasnov Fortress, Prejmer Fortress, Catherine’s Gate, Schei Gate, the Black Church, several fortified churches and many others. Local community, national and local authorities and private owners are interested in preserving the history behind these sites. Adding this new profile to our research department fits perfectly in the scheme of strategic development set by the Romanian Government for the center region. 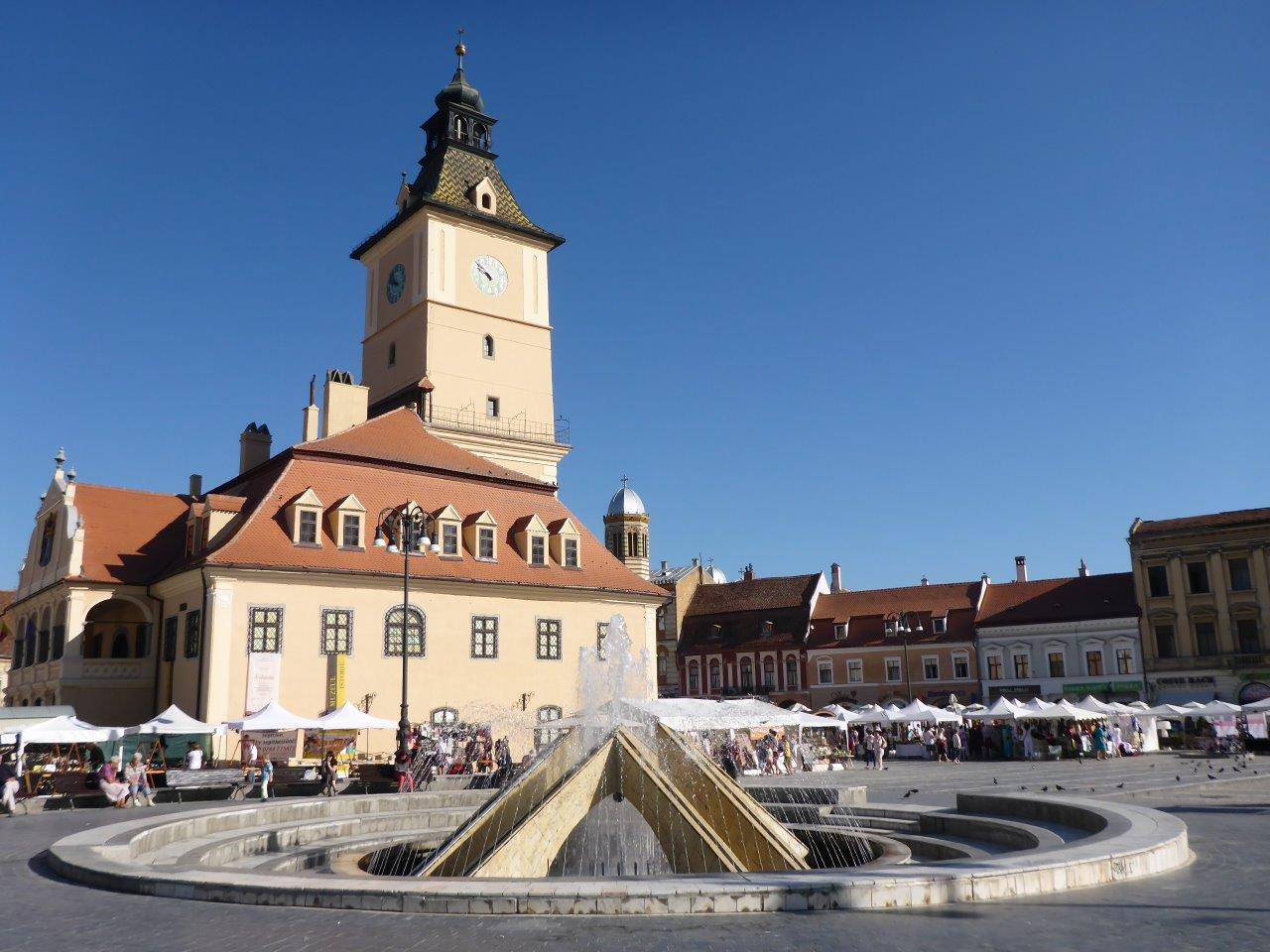 Several objectives are located in Brasov’s old town center. One of the most visited is the old Town Hall Square (Piata Sfatului). Here you can admire colorfully painted and ornately trimmed baroque houses. After some time spent outside, you can reach in under 1 minute the Black Church (Biserica Neagra), the largest Gothic church in Romania.

Its name derives from the damage caused by the Great Fire of 1689, when flames and smoke blackened its walls. Although its interior is insipid, the size of the structure is impressive. On each side, it was decorated with statues which are now mostly lost. The church houses one of the largest pipe organs in the Eastern Europe, which has impressive dimensions. It is still functional and used usually during Christmas period. 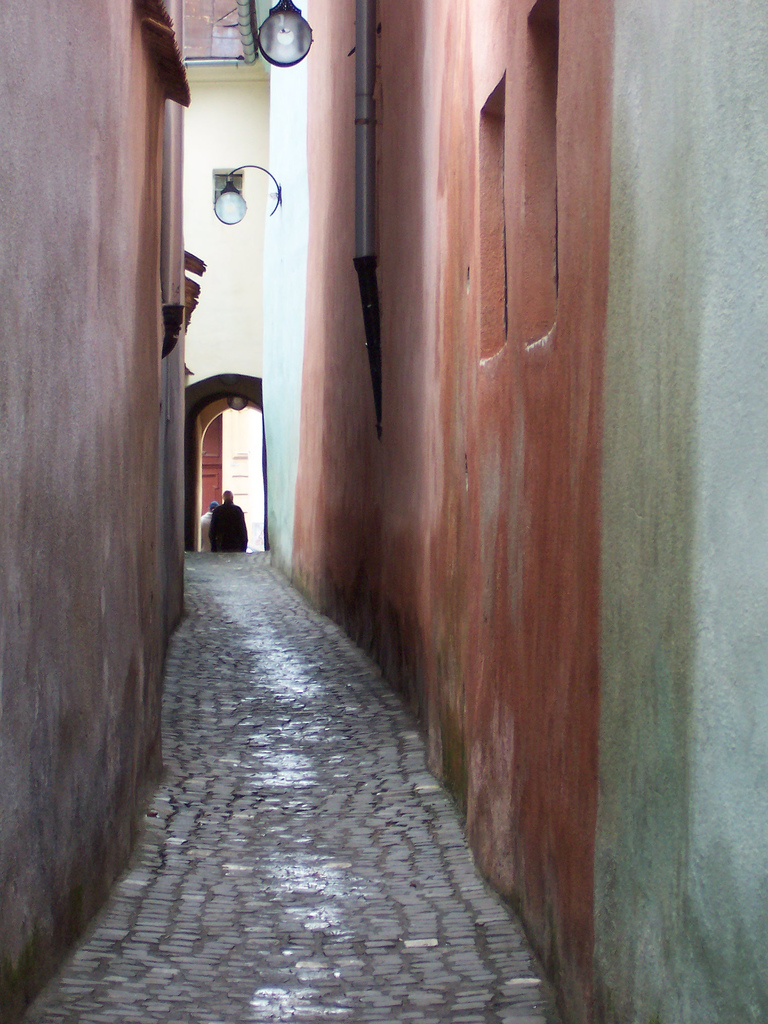 Brasov is home to one of the the narrowest streets in Europe. The Rope Street (Strada Sforii) is approximately 1.2 meters wide and it links Cerbului Street with Poarta Schei Street. This street was initially used as an access route by firefighters.

Speaking of Şchei Gate (Poarta Schei), this objective is located right next to Catherine’s Gate. It was built in between 1827 and 1828, in order to let through heightened traffic. The stone and brick gate is based on a classical style like a triumphal arch, with 3 openings. The middle arch is the widest, allowing auto traffic, while the 2 sides are smaller and with lower openings, thought for pedestrians.

The Latin inscriptions on the wall above the small arches let us know the construction date, but they also inform us that the gate was built after the Emperor of Austria Francis I visited Braşov in 1817.

The old town is surrounded by the City wall (Zidul Cetatii), which used to protect the early settlement, Kronstadt. Nearby, tourists can reach towering mountains, rolling fields, thick forests and villages with fortified churches.

The old city center is also full with pubs and restaurants featuring either Romanian or international cuisine. 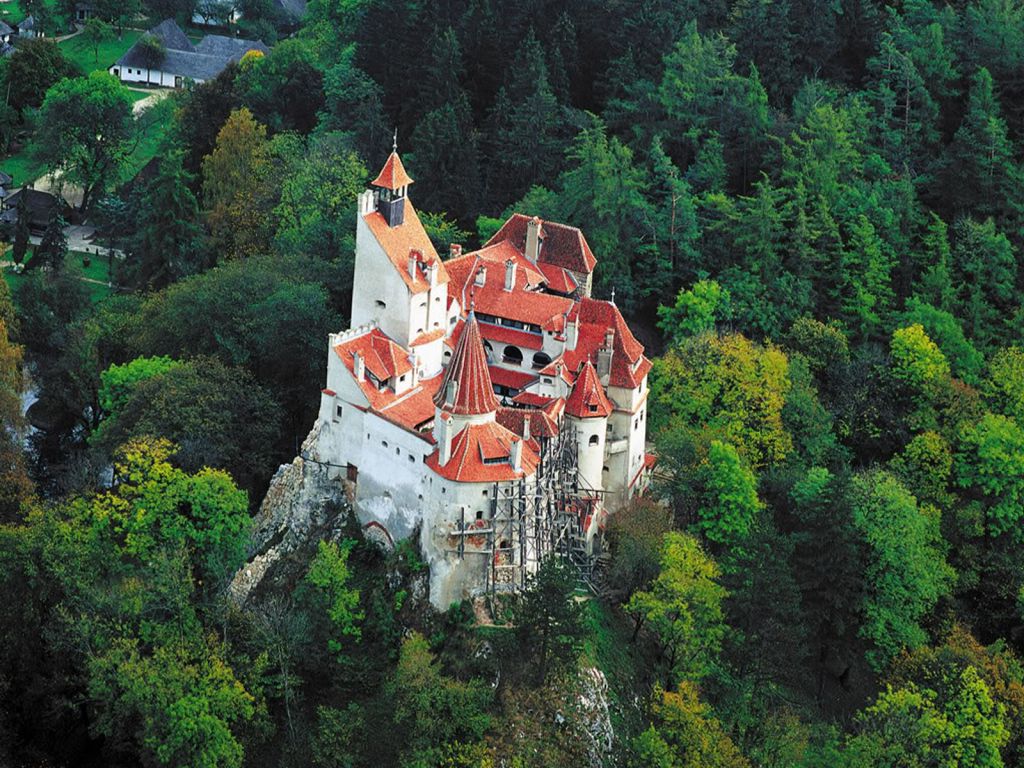 Bran Castle (Castelul Bran) is situated in the immediate vicinity of Braşov (30 km), being a landmark in Romania, and a loved objective by foreign tourists. The fortress is situated on the border between Transylvania and Wallachia.

Commonly known as “Dracula’s Castle”, it is the home of the titular character in Bram Stoker’s Dracula novel: Vlad Țepeș. The castle is now a museum open to tourists, displaying art and furniture collected by Queen Marie, which inhabited it at a much later date. At the bottom of the hill on which it stands, there is a small open-air museum park exhibiting traditional Romanian peasant structures (cottages, barns, etc.) from across the country. 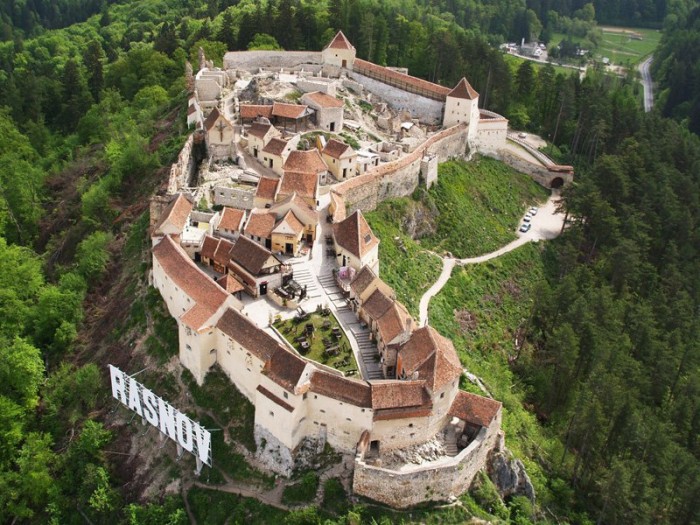 Rasnov Fortress (Cetatea Râșnov) is also a historic monument worth seeing. It is situated in Rasnov, Brasov County, in the immediate vicinity of Brasov (15 km). The citadel was built as part of a defense system for the Transylvanian villages exposed to outside invasions.

The fortress was built on the Bran Pass, a trade route connecting Wallachia with Transylvania, in 1211–1225, in the time when the Teutonic chevaliers ruled Barsa County. After the crusaders have left, the wooden fortress was rebuilt and transformed into one made of stone. The view from the top of the castle hill is spectacular. In the last couple of years, the municipality build a cable car.

Near Rasnov Fortress, an entertainment Dino Park was also built, and is frequented by thousands of visitors each month, which prefer to include both objectives in their visit.

Prejmer Fortified Church (Biserica Fortificată Prejmer) is actually one of the best preserved fortified churches in Eastern Europe. It was restored between 1962–1970 by the Romanian government.

The church is modeled after churches of Jerusalem, as well as built in the style of Late Gothic churches from the Rhineland, somewhere in the 15th century. Back in those days, it was surrounded by a wall 12m high, forming a quadrilateral with rounded corners. The wall was reinforced by four horseshoe-shaped towers, two of which have since disappeared. Another interesting thing is the entrance, which looks like a vaulted gallery.

Aside the above, Romania, has many other renowned cultural objectives, some of the most important being accredited by UNESCO’s World Heritage organization:

Any cookies that may not be particularly necessary for the website to function and is used specifically to collect user personal data via analytics, ads, other embedded contents are termed as non-necessary cookies. It is mandatory to procure user consent prior to running these cookies on your website.